Immigration with a personal touch 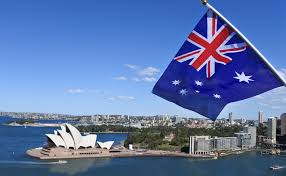 Hundreds of temporary visa holders stranded overseas have pleaded for the federal government to grant them an exemption to the coronavirus travel ban.

17th May 2020, Acting Immigration Minister Alan Tudge says there are no plans to grant temporary visa holders a blanket exemption to Australia’s coronavirus travel ban, despite pleas from those stranded overseas to be allowed back into the country.

Hundreds of skilled workers and international students have been unable to return to Australia without securing individual exemptions since the borders were closed to non-citizens on 20 March to limit the spread of coronavirus.

Visa holders caught out by the travel ban have told SBS News that despite calling Australia home for several years before the pandemic took hold, their applications on compassionate grounds have still been denied.

How to take advantage of the new rules in 2020?

Successful applicants will be required to work and stay in a regional area – considered anywhere in Australia outside of Brisbane, Sydney and Melbourne – for at least three years, at which point they will be eligible for permanent residency.

While the federal government announced the regional push, it is largely up to the states to implement the reform as state sponsorship is required for the majority of the 25,000 allocated places.

States determine who is eligible for the visa based on qualifications, profession, age and time spent in the region.

19th Dec 2019. Australia is offering 40 scholarships worth AUD 15,000 per annum for four years. The scholarships would support education and living expenses for international students studying a variety of courses. The courses include both Bachelors and Masters courses.

26th Oct 2019. The federal government is increasing its regional migration program intake from 23,000 to 25,000 after a strong start to the initiative this financial year.

From November 16, 2019 we will see an introduction of two new regional provisional visas.   Both are intended to lead to permanent residency. 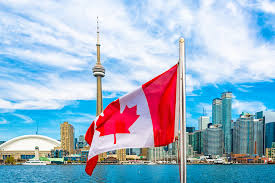 Normally, online courses do not count toward the study requirement for a PGWP application. However, given coronavirus-related travel interruptions around the world, Immigration, Refugees and Citizenship Canada (IRCC) is now allowing international students to study online while overseas and still be eligible to apply for the work permit after graduation. IRCC announced the reform during the evening of May 14, 2020.

Ontario conducted the latest Tech Draw on 15th January issuing 954 invitations to Express Entry candidates. The cut-off score in this draw ranged between 460 and 472. The occupation list in this draw consisted of software engineers, computer engineers, computer programmers, database analysts, web designers and information systems managers.  The Tech Draws were launched by the Ontario Immigrant Nominee Program in mid-2019. These draws aimed to address the growing tech skill shortage in the province. Ontario is home to some of the major tech hubs of Canada like Toronto, Waterloo and Ottawa. The OINP Tech Draws are designed to meet the growing demands of the technology sector in Ontario.

3,600 invitations to apply for permanent residence

17th May 2020, The Government of Canada invited 3,600 Express Entry candidates to apply for Canadian permanent residence in a new draw held September 4.

The University of Notre Dame Australia

The University of Divinity

The University of Western Australia

The University of Canberra

The University of Newcastle

University of the Sunshine Coast

University of the Fraser Valley

University College of the North

University of Ontario Institute of Technology

Send us a message